Good poetry speaks for itself. What is there to say about John Keats’ “Ode to a Nightingale” that hasn’t already been said, by generations of scholars, writers, readers?  Very little. So, instead of launching into a serious academic essay, I will elaborate on the personal significance of this well-known and loved Keatsian masterpiece.

I am drawn to Keats’ romantic portrait of anguish, longing, melancholy, and regret because these feelings—very human and relatable ones—are endowed with great beauty, like a well-executed, melodramatic painting of a man who, because of his suffering soul and inevitable mortality, is clutching his chest in pain, eyes squeezed tight, weeping soundlessly. This is precisely what I envision upon entering Keats’ realm of meadows, rivers, mossy ways, musk-roses, dryads and melodious aves. Nowhere is this world more apparent or romantically depicted than in “Ode to a Nightingale”. A case can be made for “La Belle Dame sans Merci”, but the former is unsurpassable.

‘Oh, dear reader, this is just my cup of tea!’ is too mild a phrase to capture the way dreamy descriptions of nature and apt depictions of mood, entwined with place, ignites my flammable soul the way fire does gasoline, speeds up my heartbeat and calms by mind like ecstasy and heroin rolled into one. So, reader, believe me when I say such literary accomplishments are to me the elixir of life, rare, utterly delectable, fatally addictive and usually (thankfully) only found in small doses: one sentence in a passage, one passage in a chapter, one poem in a collection. They say love is a drug. So is literature (and all of art, for that matter).

And it gets better: the poem’s subject matter is even more poignant than its mood and setting. The titular nightingale is the star of the poem and, more importantly, the catalyst for the poet’s anguished cries. He is deeply moved by this winged songstress of the woods, so much so that its music has become divine in his ears while the bird itself assumed immortality in his mind. In comparison, he realises, he himself remains hopelessly mortal, another human bound for death. Thus he laments the transience of life, namely the inevitability of old age, illness, and death, along with the fleeting nature of beauty, doomed to fade; he even contemplates dying an easeful, self-indulgent death while being serenaded by the nightingale:

The burden of knowledge and human consciousness weighs the heaviest on the minds of observant, introspective individuals, those blessedly cursed with a tendency towards sentimentality and heightened sensitivity to life’s joys and pains. Indeed, ‘to think is to be full of sorrow’. But, as far as yours truly is concerned, this sorrow is a worthy price to pay, for the mind that suffers is also the mind that derives boundless pleasure from ‘the murmurous haunt of flies on summer eves’—the balmy magic of summer nights this line conjures and the line itself!

Appropriately, the poem ends with the poet weary from his outpouring of emotion, caught in a surreal trance betwixt slumber and wakefulness. A sensitive soul myself, though no potent poetess, I leave “Ode to a Nightingale” as though released from the familiar embrace of a kindred spirit to whom I gladly return, time and again. Thank goodness; in a world where callous loudmouths trample everything in their path, somebody understands my existential plight. 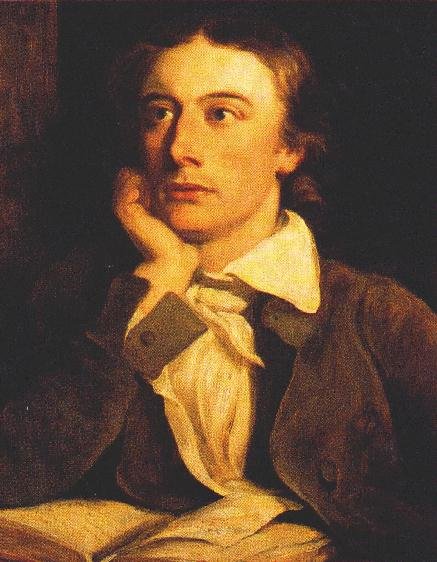 Speaking of soulmates, F. Scott Fitzgerald (j’adore!), whose Tender Is The Night (1934) derived its title from a line in this very poem, confessed that he could never read it without weeping. Having devoured multiple tomes on his work and life, Matthew Bruccoli’s biographical Some Sort of Epic Grandeur (1981) among them, I think this is a bit of an overstatement coming from a man given to exaggerated anecdotes where self-construction in the public eye is concerned.* But no matter. The noteworthy thing is that I can see Keats’ influence in Fitzgerald’s writing, namely his romantic imagery and prose poetry. 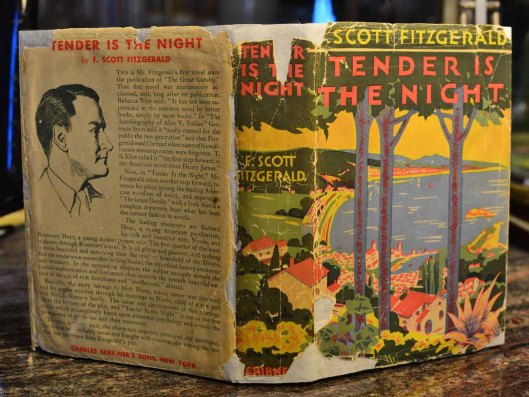 This is no accident, of course, because there are no accidents in literature or art or music, or anything for that matter. Influences show and homages are paid, intentionally or otherwise. Knowing this and being able to identify key influences when listening to a song, looking at a work of art or reading a piece of writing pleases me immensely, the way it pleases one to gaze at a beloved child and see the mother’s eyes, lips, and chin, arranged on a face shaped like the father’s. Call it the bookworm’s pride (we are a proud bunch) or postmodernist’s delight; the satisfaction one gains from references spotted and homages identified is devilish. Especially when it sheds light on the reason(s) we are drawn to the same poem/poet as our favourite writer: the former influenced the latter’s style, so it makes perfect sense for us to enjoy the works of both! Keats’ influence resides within Fitzgerald’s prose like an inextricable essence that refuses to be exemplified by a single passage or sentence**, because Fitzgerald has pulled the fabric of Romanticism apart and made it his own, with astounding integrity. To wit, it is the tenderly beautiful manifestation of softness that dwells within the works of both men that has me worshipping at the shrine of Romanticism. Safe to say, that was my Fitzgerald-Keats eureka moment.

Thus, for all of the aforementioned reasons, but mostly because a thing of beauty is a joy for ever, I will never tire of reading “Ode to a Nightingale”. Its loveliness increases when I listen to its recitation by Keats’ fellow Englishman Benedict Cumberbatch, whose elocution, voice, and accent does it immeasurable justice, for which I am eternally grateful. You can listen to it here.

May you find as much to rejoice in the poem as I, and long live the Romantics.

*With an uncanny knack for stringing words together to form stories that resonate with generations of readers, and a face lovelier than a bouquet of white roses bathed in the soft afternoon light, who could blame him?

**Although, implicit stylistic influences aside, a nightingale did make an appearance in the Buchanans’ yard in The Great Gatsby (1925), and This Side of Paradise‘s (1920) Amory Blaine actually recited “Ode to a Nightingale”, revealing just how much the poem—and its poet—meant to the writer.

5 thoughts on “Ode to a Nightingale: beauty, mortality, and the influence of John Keats’ romantic poetry on F. Scott Fitzgerald”