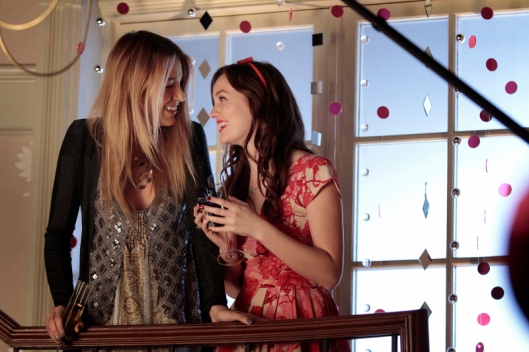 How would you like to be left at a concert by your very best friend? Aside from feeling utterly gutted, I was sick with guilt and worry. What was I doing dragging her to something she wouldn’t enjoy, and how was I to live with myself if something were to happen to her on her way home, alone at night? To further complicate things, that live performance ended up being the most emotionally intense musical experience of my life. It was, paradoxically, the best and worst night ever. This is a raw and honest open letter to my best friend about that night.

I have so much to tell you about the night you and I parted ways at that concert. I guess this is as much an apology as it is an explanation, because I want you to understand not only how sorry I was, but also how important the music was to me. You already know the first part so let me begin with the second.

I loved the artist. I was madly in love with his work because I had heard the whole spectrum of human love, loss, and suffering pulsate through every song, vibrate within each line of soulful lyric, so endowed with sorrow and world-weariness were this particular man’s songs. His name was Marlon Williams and he was holding a concert at Oxford Art Factory in Darlinghurst—my kinda place, filled with my kinda people. I knew you wouldn’t be interested, wouldn’t feel as deeply as I do about his music and the indie scene in general. I asked anyway, because a lonesome soul like myself needed your sweet company. To my greatest surprise, you said yes. Yes, you’d come for the experience and to keep me company, because you’ve never been to a concert and I was your best friend, why of course you’d be delighted to come you said (texted). I was elated but this gut feeling warned me that you wouldn’t enjoy it, wouldn’t weep internally and feel your chest tighten with pain as each agonisingly melancholy ballad, delivered through his rich vocals, washed over your body like tides of profound despair.

My dear, bright, kind-hearted sister, you were not like me. No studded wristbands, velvety black chokers or lacy gothic garments lie forgotten in your wardrobe, and your wrists bare no lines of silver. I was the one who felt everything so deeply that only sharp physical pain could calm me, though I’ve traded the cutter for the bottle now when life becomes unbearable. I’m not proud of any of this but wish you understood how much the music meant to me: it was novocaine for my soul, you see, because I didn’t want to rely on medication to function normally. So you and I stood there, on a raised platform at the back of the tiny underground concert hall, because you didn’t want to stand right in front of the mic and I compromised. I really wanted to stand right under him, though.

His songs meant everything to me, like Keats’ poetry or Fitzgerald’s prose. But never mind: you came and that was more than I deserved. We bought drinks; I picked an overpriced cocktail because it was named after Van Gogh and contained Absinthe. It was almost self-parody, I thought as I tried to savour the cloudy concoction that mirrored my headspace. We stood and sipped our drinks (yours was a cider of some sort, airy, crisp, fresh like your mind) while one subpar opening act melted into another. It was at the beginning of the final opening act, I think, when you burst like a pipe that had been leaking with increasing urgency.

You didn’t like the music, the people, the jokes or the environment. This I had registered like a machine fine-tuned to the sensitivities of others upon entering the artsy, dimly lit joint. In fact, even before the opening acts had begun, while I marvelled over the graffiti art, neon signs and Arctic Monkeys on the stereo, I was already anxiously aware of your silent dismay. Your face told me that you had bit into something your tastebuds regarded as awful, but you were too polite to spit it out in front of me as I was the one who offered the food, a favourite dish of mine, to you. I should never have brought a vegan to an all-you-can-eat meat buffet, which must’ve been what the music and venue seemed like to you. It was getting late, we were far from the nearest station and you hated it all, so I was only half surprised when you said you had to leave.

So I apologised for my selfishly inviting you and stayed until the very end myself. By then I was incredibly sorry about having dragged you into this whole thing (my thing, not yours, maybe you would’ve stayed had it been an uplifting mainstream pop sensation like Taylor Swift, singing at a massive stadium close to transportation) but didn’t want to miss him for the world. I couldn’t wait for him to start singing, but felt more and more anxious about your and my return journey as time wore on, yours because you were alone and hardly knew the way, and mine because I was, like you, a vagina owner sans fighting skills. Plus, staying until after the encore meant that I was to walk down the pub and bar littered red light district and through a large park after 11 a.m., in a bright white lacy dress. I had worn the dress because I thought I had a ‘safety buddy’, but so did you, probably, though you were dressed more sensibly. Not what we are wearing, never our fault, I know I know I know, but the fear pulled me away from the music the beat and the now into the dark imminent possibility we women are raised to fear and prevent, all through his magnificent performance. I had the time of my life, but fear of what was to come—what could come—threatened to undermine the pleasure granted by hearing my favourite songs performed live.

As the man of the hour owned the stage and won the hearts of everyone who was there that night with his astounding talent and wicked sense of humour, I wondered. Not having a penis between my thighs was all that prevented me from wholeheartedly enjoying the concert I had longed to attend. Don’t get me wrong, I feasted on “Strange Things”, “When I Was a Young Girl”, and “Dark Child”—the first the musical equivalent of a lucid dream—the way a starved child would attack a steak: all hands on meat, fatty blood juice running down finger gaps, sauce all over her face, eyes hunger-wild.

But as the richness of his music nourished me, fear denied me the warmth and contentment associated with pleasure. There were several encore songs, none of which I managed to enjoy because I was eager to bolt to the front door at curtain call. When it ended, a large portion of the crowd shuffled lazily towards the hidden bar. Like the rest of the venue, it was the hippest thing I had ever seen. Unchaperoned by a boyfriend, husband, male friend/relative and unaccompanied by a posse of female friends, unlike the other women there, I took one last look at the bar and left.

Later, in the safety of my own home, after checking that you got home okay and apologising again, profusely and erratically (how could I live with myself if something had happened to you on your way home?!), I texted a long rant to my cousin about how, if he were with me, we could’ve drank at the bar and roamed the night away on the streets, culminating in a 4 a.m. scramble to the corner shop for a greasy kebab to soak up the alcohol before the sun rose. But I was alone. I don’t know whether you ran or walked to the station, but I paced through the night like a startled deer on steroids. Tall, lean, and clad in a shining white dress, dark hair cascading down my back, I must’ve resembled a manic sprite to the sufficiently intoxicated.

That night was a hell of a ride for both of us but we got home safe and that’s all that matters at the end of the day. And we both got what we wanted! You left because you hated the music and I stayed because I loved it, and in so doing you escaped a dreadful hour while I had the eargasm of a lifetime. It was good that you didn’t compromise for me and vice versa. Friendship lesson no. 1: never attend event with best bud unless you’re both interested; no. 2: follow your heart and do what you gotta do—if she’s a real friend she’ll understand and forgive. Next time, we will catch up over tea at a quaint little shop and return home at a sensible hour and all will be okay again, because you adore tea and so do I and the world is a safer place for us girls when the hour is not too late, ain’t that the eternal truth till men learn not to rape?

Yours in friendship and sisterhood,